I have been using Shodan, “the world’s first search engine for Internet-connected devices”, since a long time. Recently I switched my free account to a membership account. A membership account allows you to do API queries with additional query filters (for example restricting search results to specific countries).

In this post I describe the results of querying the Shodan API for ICS (or related) devices in Belgium. These results are entirely based on what is available via Shodan without touching any of the affected devices.

Searching for IoT, SCADA and other stuff.

The developer API allows you to query the dataset and then parse the results offline with your own tools. I wrote a Python script that queried Shodan for a number of interesting ICS/SCADA/IoT strings, parsed the results and then stored them in a sqlite database. These are the queries that I ran with Shodan

Because I was only interested in the results from Belgium I limited the search to country:BE.

The logic of the script was

In total there were 654 unique hostnames.

This is not a “state of ICS in Belgium” but a snapshot of the ICS/SCADA/IoT information for Belgium that is available in Shodan. This is publicly available information.

The majority of the hosts were located on the networks of Belgacom, Mobistar, Telenet and Proximus. This is to be expected as these are the largest ISPs in Belgium. Belgacom and Proximus are the same provider and Mobistar is now Orange. Also note the domain ‘telenet-ops’, which is the “OPS”-network of Telenet, and the results for Infrax, a utility company for gas, electricity and cable television.

The majority of the hosts only had one or two open ports. Note that there are a lot of hosts that have 35 or more open ports.

Other ports that are returned as “open” are

Rockwell Automation, Moxa and Niagara provide ICS or IoT automation control systems. Typically these are the type of systems you do not want to be publicly available to the whole world.

The majority of the ports did not return a device type according to Shodan.

Similar to the device type, the majority of the ports did not return a vendor ID according to Shodan.

I had to do some extra parsing for extracting the product names.

Despite extra parsing efforts a lot of the open ports did not return a product name. Nevertheless there are some interesting product names to observe like the devices from Siemens, Moxa (automation) and eWON (Industrial VPN Routers: Remote Access & Data Services). 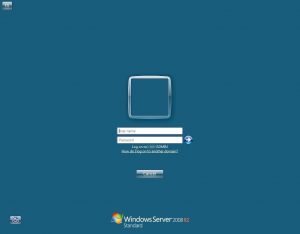 2 thoughts on “What is Shodan telling us about ICS in Belgium?”