Remote desktop protocol (RDP) is designed by Microsoft for remote management of Windows-based virtual desktops. It provides users a graphical interface to connect over the network to a remote computer. Having a remote access feature leaves the door open for attackers.

I’ll use this post to summarise some of the information and commands that I use when investigating an RDP incident.

Note that RDP connections are usually done via tcp/3389.

Investigating RDP goes best in your own lab environment. This short section describes how you can quickly configure a Windows server with RDP.

You can download an evaluation version of Windows Server (both 2012 and 2016) for testing purposes. Download the ISO and configure a virtual machine with enough memory and disk space.

You do not have to enable the full Remote Desktop Services (RDS) role in Windows Server once the system has been installed. You only need to enable remote access. To do this open the Server Manager and navigate to Local Server. In the right pane you’ll then see Remote Desktop. This is disabled by default.

Click on the status disabled to enable it. This will open a dialog box where you can choose to Allow remote connections, with a warning dialog box. You can then add additional users that are allowed to have remote access. Note that the local administrator account or any member of the Administrators group is added automatically. 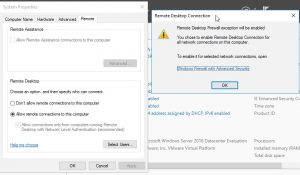 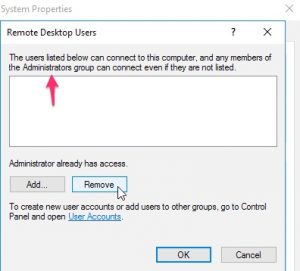 List all running processes. Search for the corresponding PID from netstat.

Check if the process is started from outside system32 or not.

List the service details, via command line or via the Task Manager 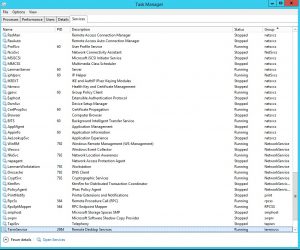 Create a hash of the service host and verify with Virustotal. 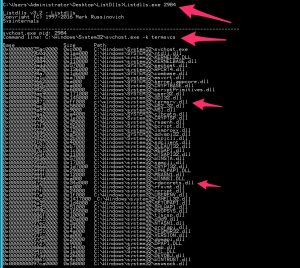 Verify that the firewall is configured. First audit which profile is active. Also dump the other installed firewall rules (maybe there’s a custom rule inserted).

Get information on running RDP sessions.

I will not cover a feature that’s called Session Shadowing. By using Session Shadowing you can observe the actions taken via RDP. It’s the same as sitting next to the user (possibly the attacker) who is using the RDP-client. In most environments, except when there is a specific GPO setting applied that disables the necessity for a user’s consent, session shadowing requires the confirmation of the user who started the RDP session. It’s unlikely an attacker will provide this confirmation.

Additionally Session Shadowing only works properly for live sessions, not afterwards when doing an investigation.

Get an overview of active Remote Desktop sessions

One thought on “RDP logs and incident response”