This shift could indicate that the threat actor has a changed objective, from monitoring to actually intervening and potentially conducting sabotage.

I created two mindmaps based on the open source information available on Dragonfly from Symantec, Cisco Talos (take special notice for the template injection method) and Malwr.com. The mindmaps (and exported JPGs) are available via Github at https://github.com/cudeso/tools/tree/master/Dragonfly. 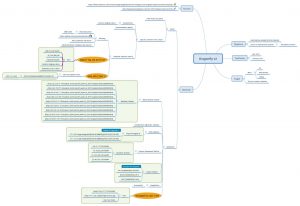