When you do analysis of malware in for example x64dbg or IDA Pro it’s important that you understand how functions are called, what arguments are passed to the function and how to recognize the local variables within that function.

Further down in this post are my notes from the SANS FOR610: Reverse-Engineering Malware: Malware Analysis Tools and Techniques course and the The IDA Pro Book. 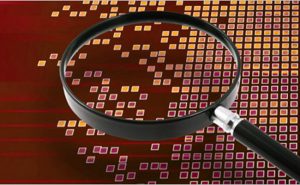 What is a function?

A function is a group of executable statements grouped into a unit. A function typically performs a specific task like writing data to a file or starting a network connection.

What are the building blocks for a function?

A function has three basic components

When a program executes a function it jumps to another memory location, executes the tasks and then returns to the original location from where the jump was taken.

Stack frames are the blocks of memory allocated within a program’s run time stack and dedicated to a specific invocation of such a function. In other words, this is the memory space to hold for example the information passed to the function (the parameters or arguments) and the local variables used by the function to perform its tasks. It also contains the address to which the function should return after finishing its tasks.

A side effect of stack frames is that it allows recursion. Each call to a function is given its own stack frame, “isolated” from the predecessors.

Oh, and to make things worse, the implementation of the convention may vary by compiler.

Cdecl is used by most C compilers for the x86 architecture.

The label ‘standard’ is the name used by Microsoft for its conventions and is similar to cdecl.

Because there is no need to foresee code to cleanup the stack after every function call this can result is less code.

Fastcall is a variation of stdcall and uses up to two parameters in registers instead of the stack.

In C++ objects can refer to their selves via the “this” pointer. The address of the object used to invoke the function must be supplied by the caller and is therefore provided as a parameter. Different compilers use different techniques for the implementation as there is no exact specification in the standard on how to implement this.